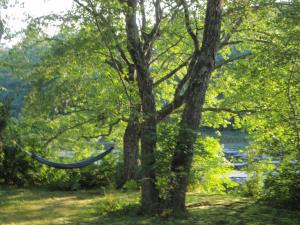 Dreamin' of the Sunlight

We made it through the night. Now that it’s light out, it seems less frightening because we can see and not just imagine.

Jonny talks about waiting for morning to come in a war. I thought of that because once I could look outside and see something beyond just shadows, I felt better.

Outside my window, I see the pond. The water is rising. We’re about 40 feet away from the shoreline. If the ocean surges high enough, water might push through from the canal across Montauk Highway and enter the pond and raise the level of the pond. But I won’t keep saying “what if…?” I’ll stay right where I am, breathing deep. That’s the best thing to do in a crisis, just keep breathing, breathing deep, breathing like I’m having a contraction and giving birth, trying to ride out the pain…keeping my head where my feet are. Don’t jump ahead of God!

Diana Bletter is the author of The Invisible Thread: A Portrait of Jewish American Women (with photographs by Lori Grinker), shortlisted for a National Jewish Book Award. Her novel, A Remarkable Kindness, (HarperCollins) was published in 2015. She is the First Prize Winner of Moment Magazine's 2019 Fiction Contest. Her work has appeared in The New York Times, The Wall Street Journal, Commentary, tabletmag, Glamour, The Forward, The North American Review, Times of Israel, and is a freelance reporter for The Jerusalem Post, and many other publications. She is author of Big Up Yourself: It's About Time You Like Being You and The Mom Who Took off On Her Motorcycle, a memoir of her 10,000-mile motorcycle trip to Alaska and back to New York. She lives in a small beach village in Western Galilee, Israel, with her husband and family. She is a member of the local hevra kadisha, the burial circle, and a Muslim-Jewish-Christian-Druze women's group in the nearby town of Akko. And, she likes snowboarding and climbing trees.
View all posts by dianabletter →
This entry was posted in Uncategorized and tagged hurricane, hurricane irene, long island, storm. Bookmark the permalink.