On Pomegranates and Procrastination 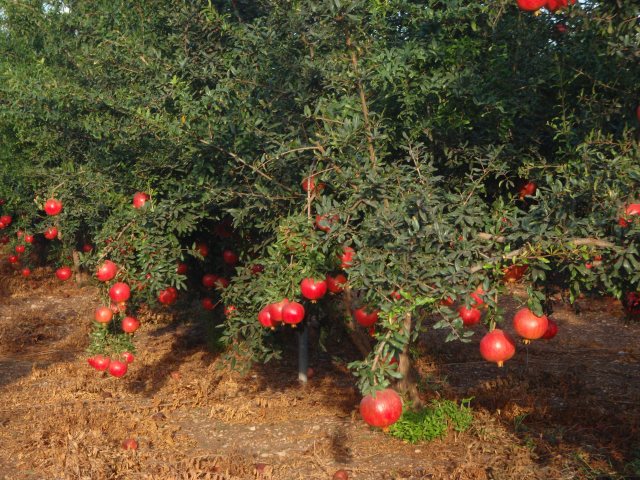 Did you ever see pomegranates hanging on a tree? They are nature’s Christmas baubles! Jonny and I bicycled into a pomegranate orchard yesterday. At first I wasn’t going to bring a camera. And I wasn’t even going to go…I thought, “Oh it’s so silly, I shouldn’t be wasting
my time doing this…”

But then I thought, carpe diem. I’ll miss the moment. And I was right because…the very next day, they were harvested. They’re all gone! So what’s the lesson?

Find one thing you’ve been putting off doing…and do it. Set an egg timer if you think you’re going to get overwhelmed. Write it down. Call a friend and say what you want to do. Tell me what you avoided doing but did. Sometimes we think we’re taking care of ourselves by being lazy…but we’re not. Sometimes we think we’re indulging ourselves…but we’re not. We can enjoy life’s bounty without feeling guilty that we “should” be doing something more important.

Diana Bletter is a writer living in Western Galilee. Her work has appeared in The New York Times, The Wall Street Journal, Commentary, tabletmag, Glamour, The Forward, The North American Review, Times of Israel, and many other publications. Her first book, The Invisible Thread: A Portrait of Jewish American Women (with photographs by Lori Grinker) was nominated for a National Jewish Book Award. Her novel, A Remarkable Kindness, (HarperCollins) was published in 2015. She is the First Prize Winner of Family Circle Magazine's 2011 Fiction Contest and author of Big Up Yourself: It's About Time You Like Being You.
View all posts by dianabletter →
This entry was posted in Acceptance, Be Less You To Be More You and tagged movies, pomegranates, procrastination, taking care of yourself. Bookmark the permalink.

5 Responses to On Pomegranates and Procrastination