Phyllis Chesler: On a Writer’s Dilemma, An American Bride in Kabul and the New Anti-Semitism 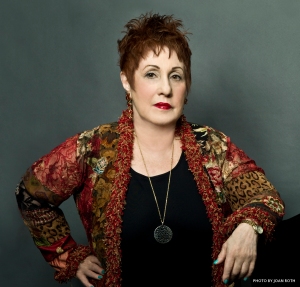 I’m honored to post this interview with Phyllis Chesler, writer, early feminist activist and leader, and psychotherapist whose first book, Women and Madness, was one of the first to address the mistreatment of women in the mental health field. Her latest book is a memoir, An American Bride in Kabul, about her marriage to an Afghan man. Upon her arrival in Afghanistan in 1961, Afghan authorities seized her American passport, and Chesler found herself trapped as the property of her husband’s polygamous family, without an ally and without any rights…

Diana: How was writing your memoir, An American Bride in Kabul, different for you than writing your scholarly books?

Phyllis Chesler: I read at least 500 books and thousands of articles for An American Bride in Kabul, maybe more, books about Afghanistan, little-known autobiographies and novels by Afghans, memoirs by Muslim feminists and dissidents, narratives by and about the Jews of Islam, memoirs by travelers and adventurers to the Islamic world over three centuries. Such reading is par for my course. However, I also went back and read my own diary from the early 1960s; a transcript of an interview that I conducted with my Afghan husband when he came back to America just before the Soviet invasion; and I looked at old photographs and memorabilia—something that I don’t do for an academic work. I also had to weigh and measure how I would present certain things, what tone to adopt, how to tell the truth and yet retain balance and compassion.

Diana: You write that you are married to your writing and ironically, that life as a woman in Afghanistan—that isolation—is like being a writer! Can you describe that?

Phyllis Chesler: I write every day, it is how I breathe. I write for as long as I can, I often exhaust myself and am only capable of watching a television program and of minimal, hardly sparkling conversation. But, if I am in the midst of writing a book, I may spend my evenings reading the relevant books still unread. Sometimes, I go out into the world. I write wearing a caftan. I write at home—even though I have a writing studio in the same building. Proust had the right idea. He wrote in a cork-lined room for many years. The world does have a way of interfering with the artist’s concentration and ability to re-imagine and capture that very world.

Diana: You write about the new anti-Semitism. The left—including feminists and the lesbian–gay-transgender-bisexual community—have become some of the loudest voices against Israel. Can you describe this seemingly paradoxical left-Islamic alliance?

Phyllis Chesler: Ah, that question. Over the years, I have written a number of articles about this. They are archived at my website, www.phyllis-chesler.com. Some of this behavior is utterly irrational and death-oriented…It is trendy to demonize the Jewish state, one makes friends, one gets published, one gets funded. Thus, some of this is mere opportunism and lack of courage to go up against the oldest racism in the world. The American and European Left and feminist and gay movements have made a marriage in Hell with Islamist terrorists. The same Left has now fatefully joined the world Jihadic chorus in calling for the end to “racist” Zionism and to the Jewish Apartheid and the “Nazi” state. They do not want to understand that Islam, not Israel, is the largest practitioner of both gender and religious apartheid in the world.

Diana: You write about your ex-husband who’ve you still maintained a relationship with after all these years. You write eloquently of a writer’s dilemma, exposing and hurting people we love. Would you explain more about this.

Phyllis Chesler: It is very dangerous to have a writer in your family. We observe things that are meant to be kept secret or considered shameful and then we write about them for all the world to see. I called my Afghan husband when the book was about to go into production and told him about it. He did not ask to see it. He has never commented on anything that I’ve written. That was our last conversation to date. At some point, I am sure we will speak. But he may never mention this book.

Phyllis Chesler: I try to have a massage every week. I have a manicure and pedicure at least twice a month. I work with a physical therapist every week as well. (I would be lying if I called him my “trainer.”) As one ages, one discovers that indeed, none of us have been built to last, that our infra-structure is not immortal. The truth is: I hate every minute away from my work of reading and writing and thinking and talking to people with whom I work, but even I have learned that I must take care of the mortal frame, the Temple in which our soul is housed.

Thank you so much, Phyllis!

Diana Bletter is the author of The Invisible Thread: A Portrait of Jewish American Women (with photographs by Lori Grinker), shortlisted for a National Jewish Book Award. Her novel, A Remarkable Kindness, (HarperCollins) was published in 2015. She is the First Prize Winner of Moment Magazine's 2019 Fiction Contest. Her work has appeared in The New York Times, The Wall Street Journal, Commentary, tabletmag, Glamour, The Forward, The North American Review, Times of Israel, and is a freelance reporter for The Jerusalem Post, and many other publications. She is author of Big Up Yourself: It's About Time You Like Being You and The Mom Who Took off On Her Motorcycle, a memoir of her 10,000-mile motorcycle trip to Alaska and back to New York. She lives in a small beach village in Western Galilee, Israel, with her husband and family. She is a member of the local hevra kadisha, the burial circle, and a Muslim-Jewish-Christian-Druze women's group in the nearby town of Akko. And, she likes snowboarding and climbing trees.
View all posts by dianabletter →
This entry was posted in Writers, Writing and tagged Afghanistan, anti-Semitism, anti-Zionism, BDS, boycotts, European Left, Islam, Israel, Kabul, Leftist Anti-Semitism, Phyllis Chesler, Red-Green Alliance, United States. Bookmark the permalink.

6 Responses to Phyllis Chesler: On a Writer’s Dilemma, An American Bride in Kabul and the New Anti-Semitism