Self-Improvement: Change One Small Thought at a Time 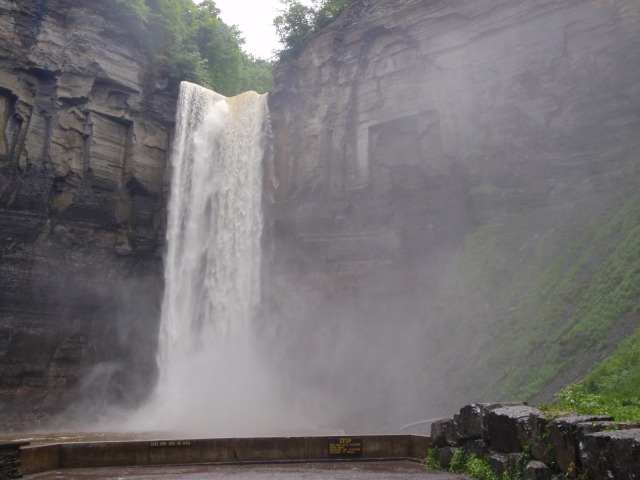 Choose to be: The Kind of Person Who Goes With The Flow

My friend, Joelle, just had a birthday. She got cards and calls from everyone she loves—except for one friend.

“I built up a real resentment,” Joelle said. “It didn’t matter that 50 people remembered my birthday—the fact that this one person didn’t kind of ruined my day.”

That happens to a lot of us—we are in a field of clovers but focus only on the one piece of litter. I once gave a lecture to a roomful of women who seemed to like my speech. They laughed a lot. But all I can remember is two women who sat in the fifth row, their faces blank, their eyes stone cold. They didn’t seem to like me and I couldn’t shake the image of them. Instead of focusing on what is good, I could only focus on the one bad thing. Their disapproval seemed to erase the applause.

Maybe it’s instinct? Back when we were foragers, we had to keep our eye out on the dangers. We had to look for the poisonous mushrooms if we wanted to stay alive. We had to concentrate on what might harm us. This might be holdover behavior—we don’t even know we’re doing this.

But then Joelle had a revelation. She thought, “I want to be one of those people who take things in stride, who forgive people automatically, we drop resentments as soon as they come up, who focus on the abundance and not the one thing that might be missing.”

And, ta-da! Joelle said she made a conscious decision to think differently. And it worked. “I suddenly felt like I really was that kind of forgiving person,” she said. She wants to be the kind of person who goes with the flow of the waterfall instead of stumbling on the stones.

What new way of being can you take on today? Remember to be MORE you, sometimes you have to be LESS you.

Here’s an interesting article in The New York Times on changing our own behaviors and attitudes.

Diana Bletter is a writer living in Western Galilee. Her work has appeared in The New York Times, The Wall Street Journal, Commentary, tabletmag, Glamour, The Forward, The North American Review, Times of Israel, and many other publications. Her first book, The Invisible Thread: A Portrait of Jewish American Women (with photographs by Lori Grinker) was nominated for a National Jewish Book Award. Her novel, A Remarkable Kindness, (HarperCollins) was published in 2015. She is the First Prize Winner of Family Circle Magazine's 2011 Fiction Contest and author of Big Up Yourself: It's About Time You Like Being You.
View all posts by dianabletter →
This entry was posted in Be Less You To Be More You, miracles, Resentment and tagged changing our lives, happiness, resentment, self-improvement. Bookmark the permalink.

3 Responses to Self-Improvement: Change One Small Thought at a Time