Six Tips For Writers: What I Learned As COMMENTARY Publishes My Story, “One Kiss, One Baby, One God”

Posted on January 1, 2015 by dianabletter 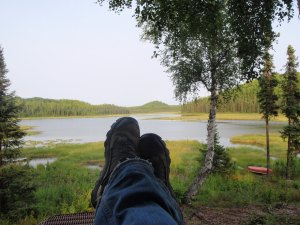 Nothing to do today? You can read my short story in Commentary Magazine here. It just came out. I am honored to be published in this respected journal.

I sent this story in to the slush pile and the editor, Abe Greenwald, liked it. Which shows you that even if you don’t know anybody, you can still get published. But before you send it out to magazines, send it to readers whom you trust.

They will read your work and give you good suggestions. Don’t get all defensive or lazy. Listen to what they are telling you. Wait. Think. Dream. Then rewrite. Polish it all over again. And then send it out. I got at least six rejections for this story over the summer. At first I felt—well, rejected.

Then I thought, what is wrong with the story? Here are things I learned:

1. I realized that in the earlier versions, the narrator didn’t reach some kind of change or epiphany or moment of self-understanding. That is crucial. It is the salsa that makes the story.

Not all good stories end with a resolution, however. Check out Stephen King’s “All That You Love Will Be Carried Away” for a cliff-hanger.

2. Come up with a title that is original. Anyone can give a story or a book the name of a character. That does not tell us much. At first I called the story, “A Blue Streak,” because one of the characters talked a lot. It didn’t seem that inviting. I liked the title in Commentary because it is also a play on the central idea in Judaism of one God. The start of monotheism, really. And it sums up the idea of the story.

3. I decided to start the story in the middle of a conversation. I wanted readers to feel like they’re eavesdropping to two people’s intimate discussion. I wove the background of the characters’ lives into the story. No introduction is needed. I also started in the present and then went back in time, introducing the problem (the narrator has a burning secret) and then figuring out what she will do about it.

4. Nail down that voice. I was writing in first person, and wanted the narrator to have a special way of speaking and viewing the world. Her similes and metaphors and observations were uniquely her own.

5. I wrote this story doing a timed writing exercise, real fast over several days, and then went back to fill it in and plump it up. Not all writers work like this but I do. I also write my first draft using my trusty fountain pen on paper.

6. Just keep writing, reading, editing, and writing some more. Most important, remember that writing is like training for a race. We have to put in a lot of miles for that one race. Above all, what I learned was this: No matter what, even if nobody would ever accept this story, I enjoyed writing it. And rewriting it. I simply refused to give up. I hope this gives you some encouragement on a day when you feel like you are writing away, feeling as hopeless and lost as a dinosaur walking through Twenty-First Century Manhattan.

Do not give up.

And if you still don’t have anything to do for the next 90 seconds, watch the trailer for my novel, A Remarkable Kindness, (HarperCollins, August 2105) here.

Diana Bletter is a writer living in Western Galilee. Her work has appeared in The New York Times, The Wall Street Journal, Commentary, tabletmag, Glamour, The Forward, The North American Review, Times of Israel, and many other publications. Her first book, The Invisible Thread: A Portrait of Jewish American Women (with photographs by Lori Grinker) was nominated for a National Jewish Book Award. Her novel, A Remarkable Kindness, (HarperCollins) was published in 2015. She is the First Prize Winner of Family Circle Magazine's 2011 Fiction Contest and author of Big Up Yourself: It's About Time You Like Being You.
View all posts by dianabletter →
This entry was posted in publishing, rejections, Writing and tagged Abe Greenwald, Commentary, literary magazines, publishing, rejections, short story writing, slush pile, writers, writing. Bookmark the permalink.

5 Responses to Six Tips For Writers: What I Learned As COMMENTARY Publishes My Story, “One Kiss, One Baby, One God”