How Your Dog Can Teach You How to Behave

Posted on October 7, 2012 by dianabletter 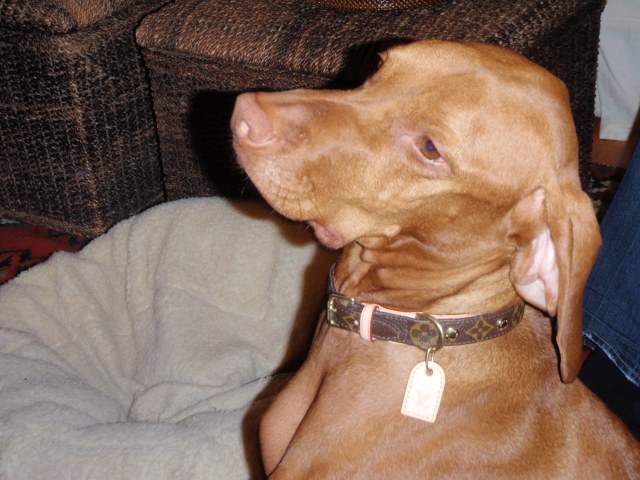 Happy-demonstrating the right to remain silent

I loved my dog, Happy, because he wasn’t an annoying barker like some dogs. He only barked when he really felt something. If something was truly important or if someone was truly in danger.

Why can’t we all be more like our canine friends? Only speak words of importance. You have the right to remain silent: use it! Don’t stand by and growl. Small dogs bark a lot because they don’t have another defense system. But after a while, nobody pays any attention to them.

Don’t bark and bark. Say something once. Twice, tops, and then let it go.

Don’t beg for treats at the table of life—go find your own indulgences. You deserve more than sitting around waiting for people to throw you a bone. You don’t have to be satisfied with leftovers.

Be loyal. Forgive people. Love them unconditionally, the way your dog loves you.

And finally, don’t wander in other people’s yards, digging in their dirt. Don’t gossip. Stay focused on yourself and what’s happening inside your own garden, the garden of your soul.

Be a hero in your own life. Don’t bark. Just get things done.

Diana Bletter is the author of The Invisible Thread: A Portrait of Jewish American Women (with photographs by Lori Grinker) was nominated for a National Jewish Book Award. Her novel, A Remarkable Kindness, (HarperCollins) was published in 2015. She is the First Prize Winner of Moment Magazine's 2019 Fiction Contest. Her work has appeared in The New York Times, The Wall Street Journal, Commentary, tabletmag, Glamour, The Forward, The North American Review, Times of Israel, The Jerusalem Post, and many other publications. Her first book, and author of Big Up Yourself: It's About Time You Like Being You and The Mom Who Took off On Her Motorcycle. She lives in Western Galilee, Israel, with her husband and family.
View all posts by dianabletter →
This entry was posted in Being a Hero In Your Life, Your Best Chapter and tagged Animal, Dog, dog behavior, Dog collar, Keith Richards, Luis Vuitton, Mammals, Pet, shopping, vizsla dog. Bookmark the permalink.