Posted on September 27, 2020 by dianabletter

I wanted to share my short story that was just published in the latest edition of Jewish Fiction. It is timely for Yom Kippur. Thinking about forgiveness, forgetting. You can find it here.

I revised the above story many times and watched it get rejected many times. And now it’s finally found a home.

And posting my non-fiction piece on my quirky Jewish mother that appeared in Kveller.com here. 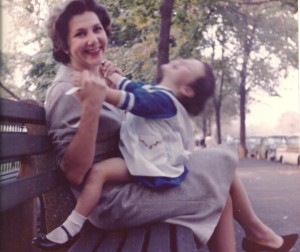 Diana Bletter is the author of several books, including The Invisible Thread: A Portrait of Jewish American Women (with photographs by Lori Grinker), shortlisted for a National Jewish Book Award. Her novel, A Remarkable Kindness, (HarperCollins) was published in 2015. She is the First Prize Winner of Moment Magazine's 2019 Fiction Contest. Her work has appeared in The New York Times, The Wall Street Journal, Commentary, tabletmag, Glamour, The Forward, The North American Review, Times of Israel, and is a reporter for Israel21C, and many other publications. She is author of Big Up Yourself: It's About Time You Like Being You and The Mom Who Took off On Her Motorcycle, a memoir of her 10,000-mile motorcycle trip to Alaska and back to New York. She lives in a small beach village in Western Galilee, Israel, with her husband and family. She is a member of the local hevra kadisha, the burial circle, and a Muslim-Jewish-Christian-Druze women's group in the nearby town of Akko. And, she likes snowboarding and climbing trees.
View all posts by dianabletter →
This entry was posted in forgiveness and tagged #Jewishmother, #story, #Yomkippur, fiction, Forgiveness, Jew. Bookmark the permalink.

3 Responses to Yom Kippur – Finding a Way Toward Forgiveness